NIET MEER NORMAAL (NO MORE NORMAL) is a project by Anouk Kruithof, an artist hailing from Dordrecht. For this project she wants to collaboratively examine the attractiveness of what is not normal. Kruithof invites you to make a drawing, collage or photo in which you imagine the positive sides of the major changes we’re currently facing. Subscribe—Share—Imagine

“A worldwide decrease of CO2 emissions; drinking coffee with your neighbor all the time; the “stop video” button in Zoom; more eye contact with insects; an amazing TikTok profile; finally some quiet…. And so on.”

All the submissions will form the basis of a large collaborative artwork put together by Anouk Kruithof. By participating your work will become part of the new Kunstkerk’s opening exhibition in Dordrecht.

Read more about the origins of NIET MEER NORMAAL

Normal. Common sense, the way things are, prevalent or natural. Why are we so preoccupied with normal? No day passes without talk about the ‘old’ or the ‘new’ normal. But what is normal anyway? Who gets to decide what  ‘normal’ is? How do we deal with the new and how can we get over the fear of the unknown? Isn’t everything changing all the time?

NIET MEER NORMAAL is a project by artist Anouk Kruithof in which she explores the attractiveness of what is “not normal”. More than three hundred people contributed to this work of art. Each of them has depicted the positive sides of the current changes in a drawing, collage or photo. The entries, that consist of images and texts, form the foundation of this extensive and energetic project, which exist as a website, publication and a monumental immersive artwork with scenography and sound.

NIET MEER NORMAAL transformed with every contribution and thus not only the result, but also the process towards it, has become part of this artwork. With this work, Kruithof created a world in itself that shows that the unknown is always at the root of creativity, resilience and development. This applies not only to our society, but also to humanity as a small part of the ecosystem on this planet.

Polarisation is a way of thinking and a dynamic of ideas focusing on the difference between “them” and “us”. We can also see this way of thinking in how we perceive nature. We, the people, and they, nature. There is always the danger of judging, excluding, ignoring or even destroying what we consider strange. Nature is always and everywhere. Humans arrived quite late on the scene. In this exhibition we are introduced to nine brightly colored large soft objects, that are based on curious creatures of which you can read about in the publication. Plants and animals are used to adapting to changes, even adapting to us humans. In the past century we have manipulated and exploited nature, until we reached certain limits. We are being put on notice and threatened by uncontrollable viruses and natural disasters.

‘Normal’ justifies the status quo and dominating worldviews. Who is in and who is out? It is for example, considered normal for someone to be cleaning up blood puddles in the slaughterhouse every morning at 5 AM. While someone else never has to bother about the amount spent whilst swiping their credit card.

NIET MEER NORMAAL wishes to dismantle the status quo. Once, it was not normal to make fire, to control light, to fly airplanes, work from home, mandate vaccinations, and shape nature to our own liking. Both humanity and nature developed themselves by their capacity to adapt. It’s about time we listened to nature again, to let go of the idea of man as the center of the universe, and to see the attractiveness to adapt to the unknown.

Anouk Kruithof thanks all the participants for their creativity; everyone who contributed voice recordings; and all the people who helped with the giant production of NIET MEER NORMAAL. 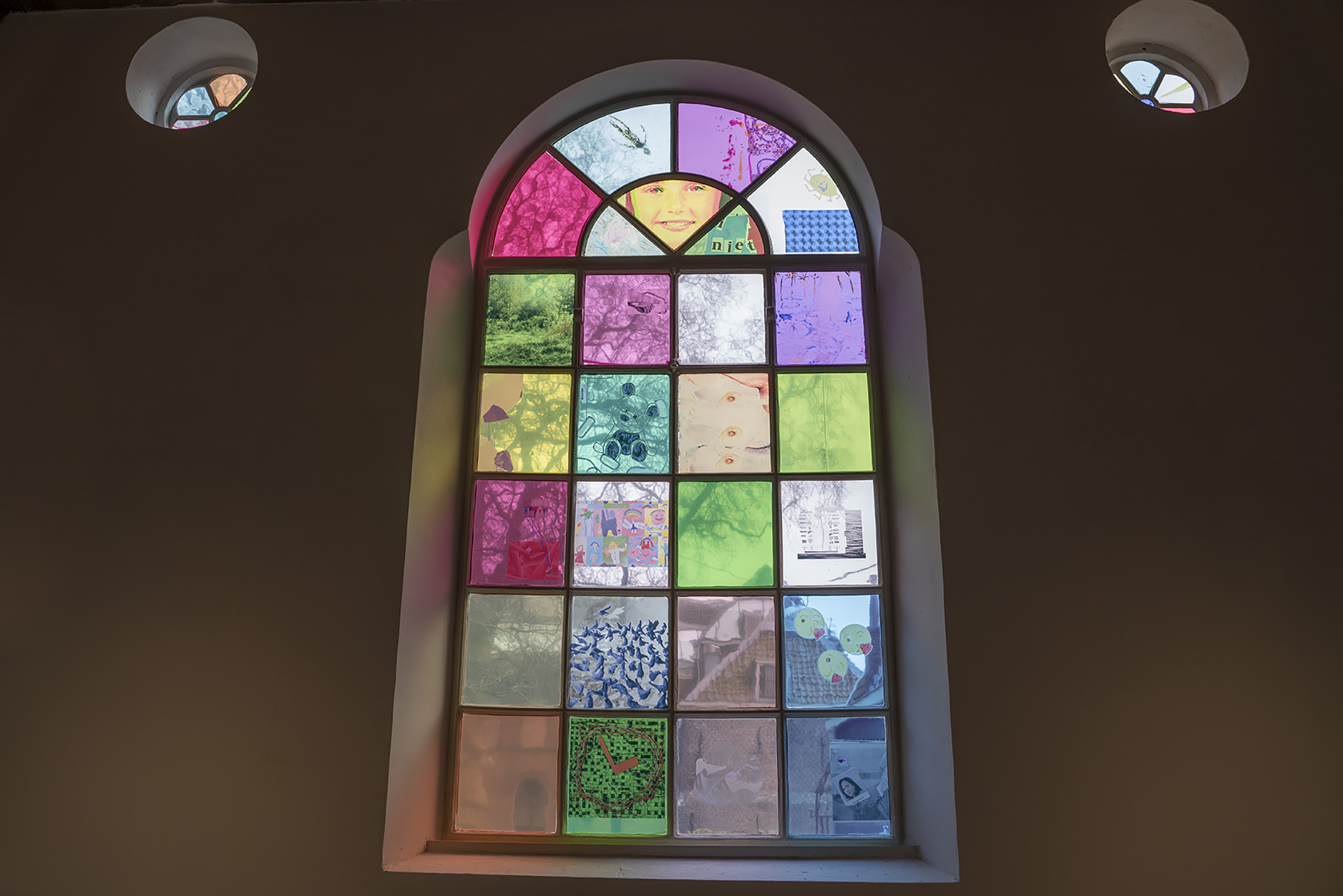 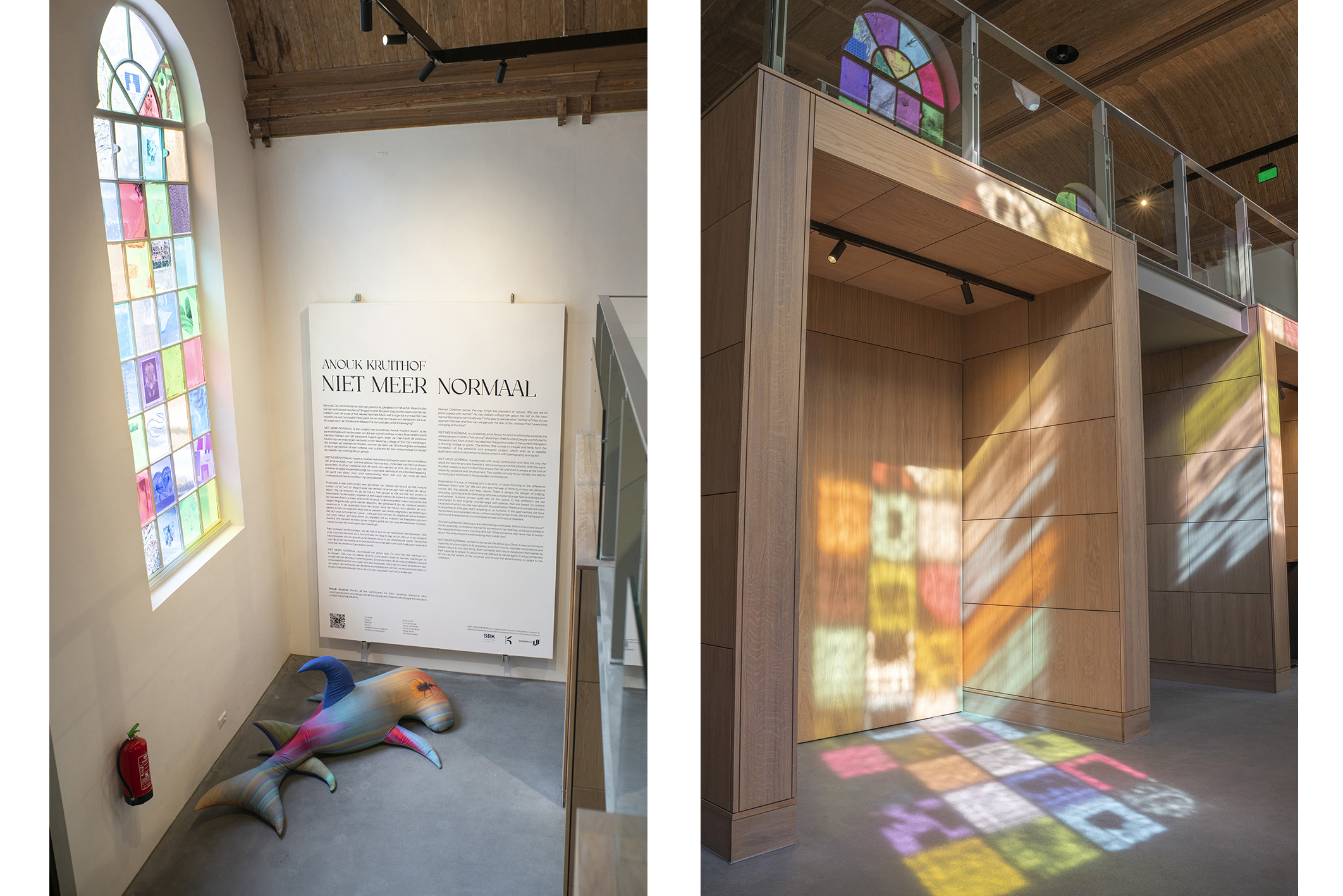 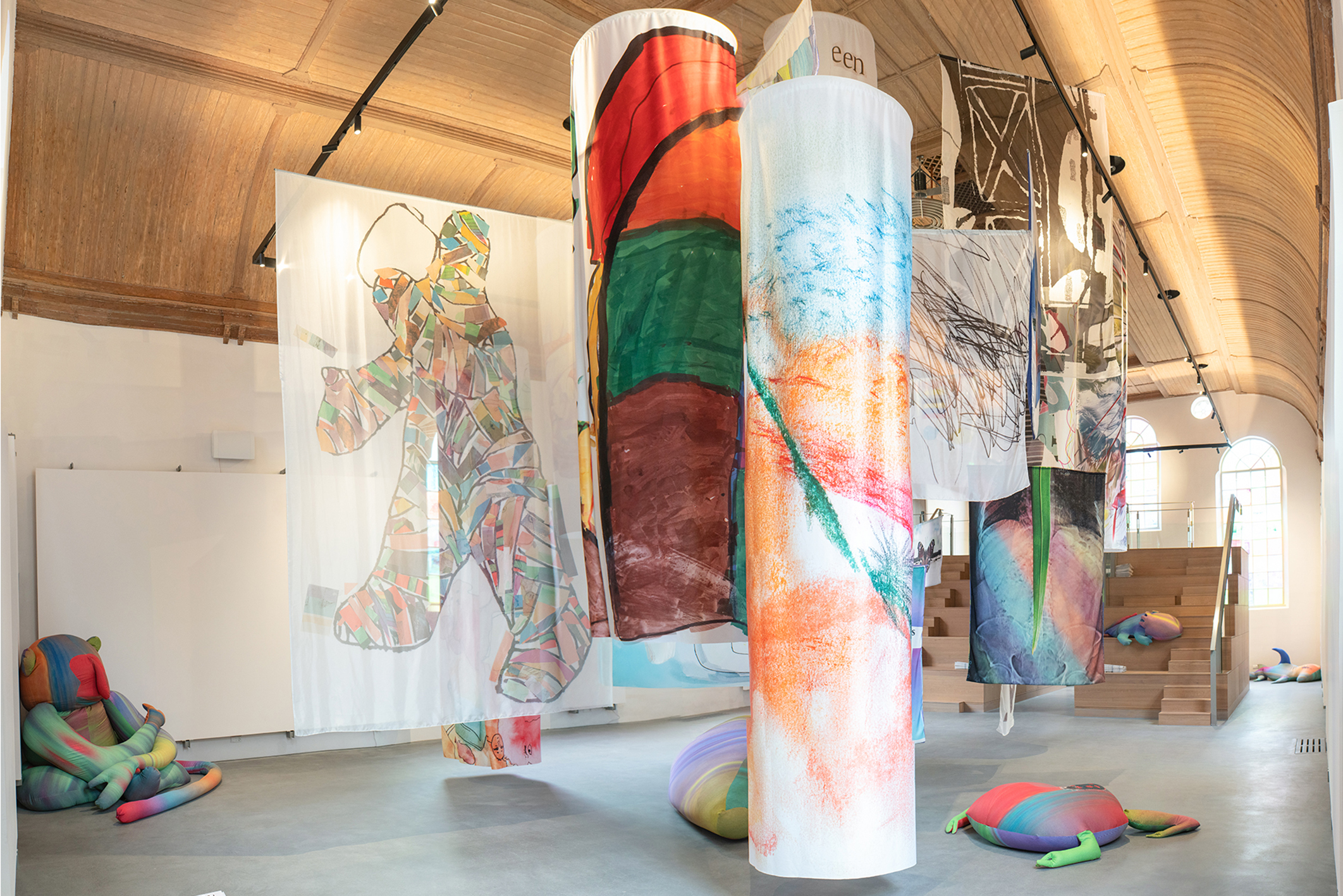 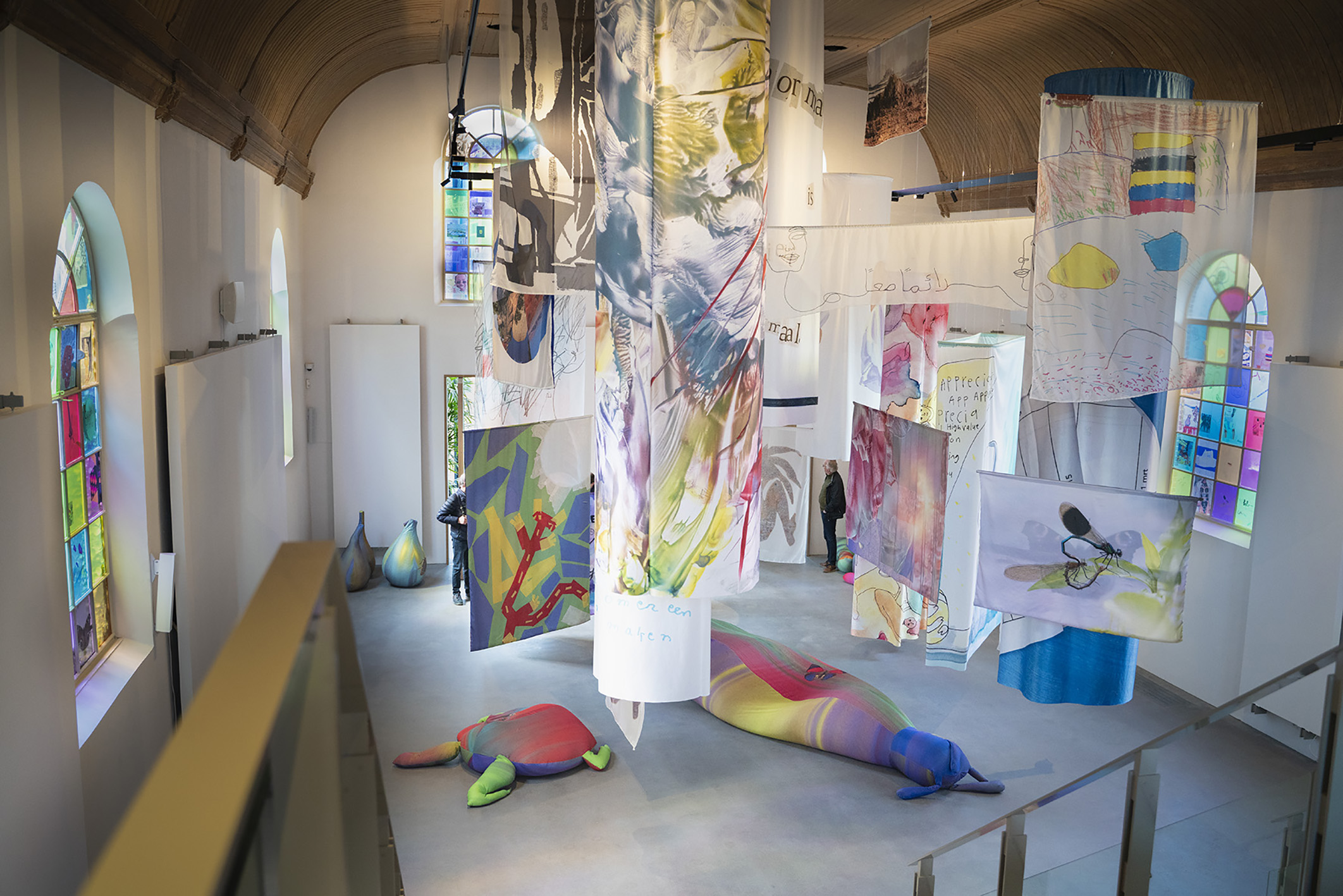 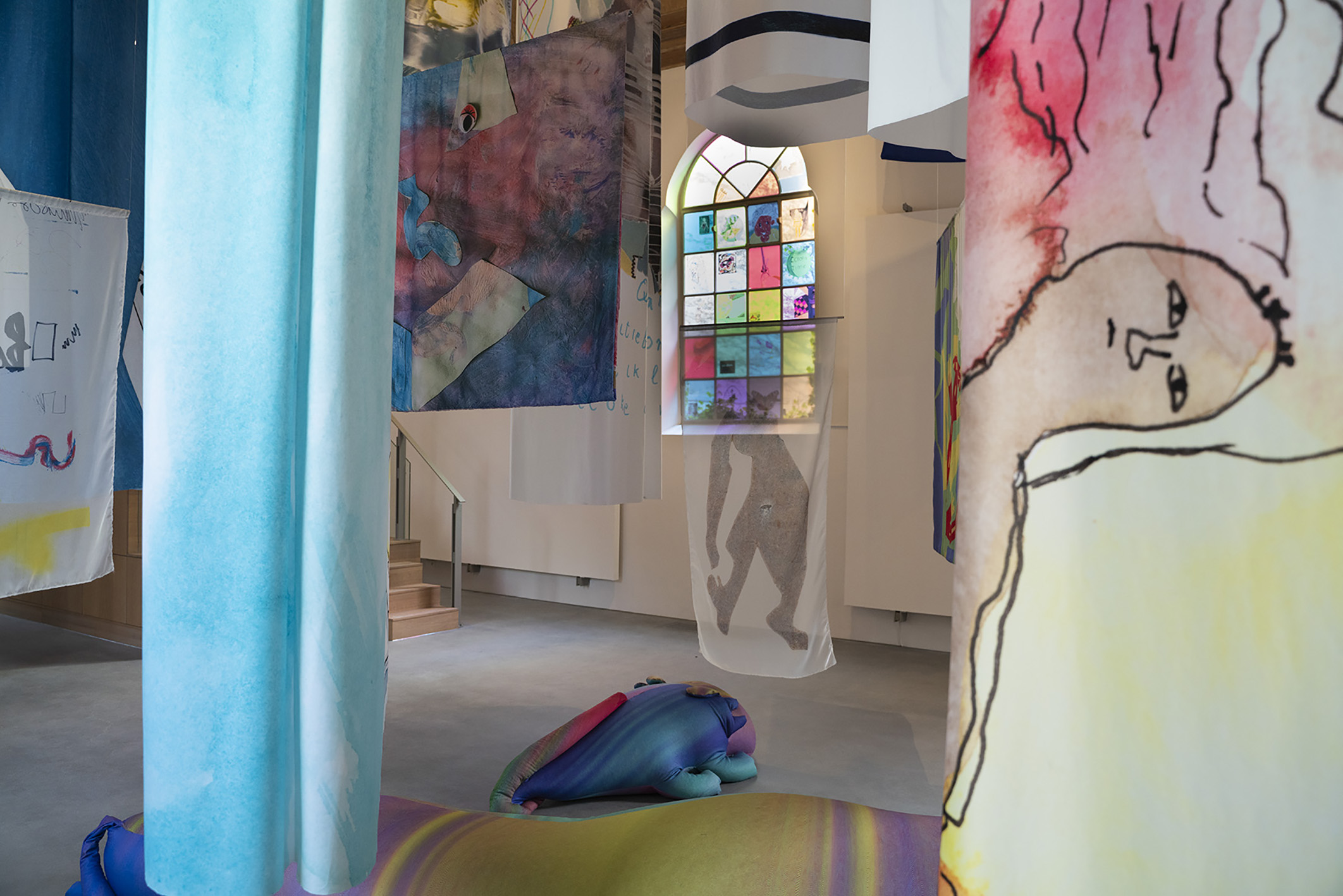 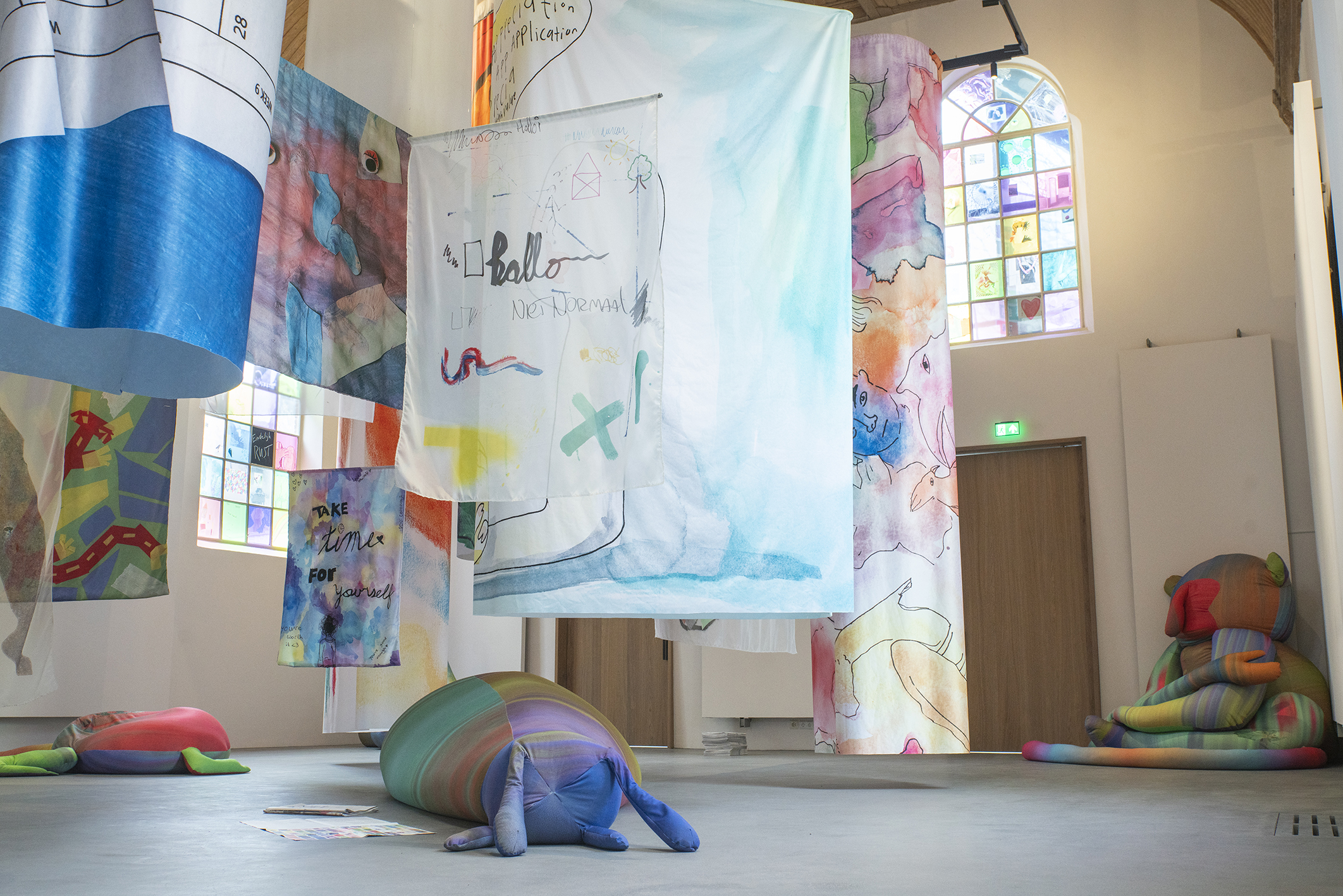 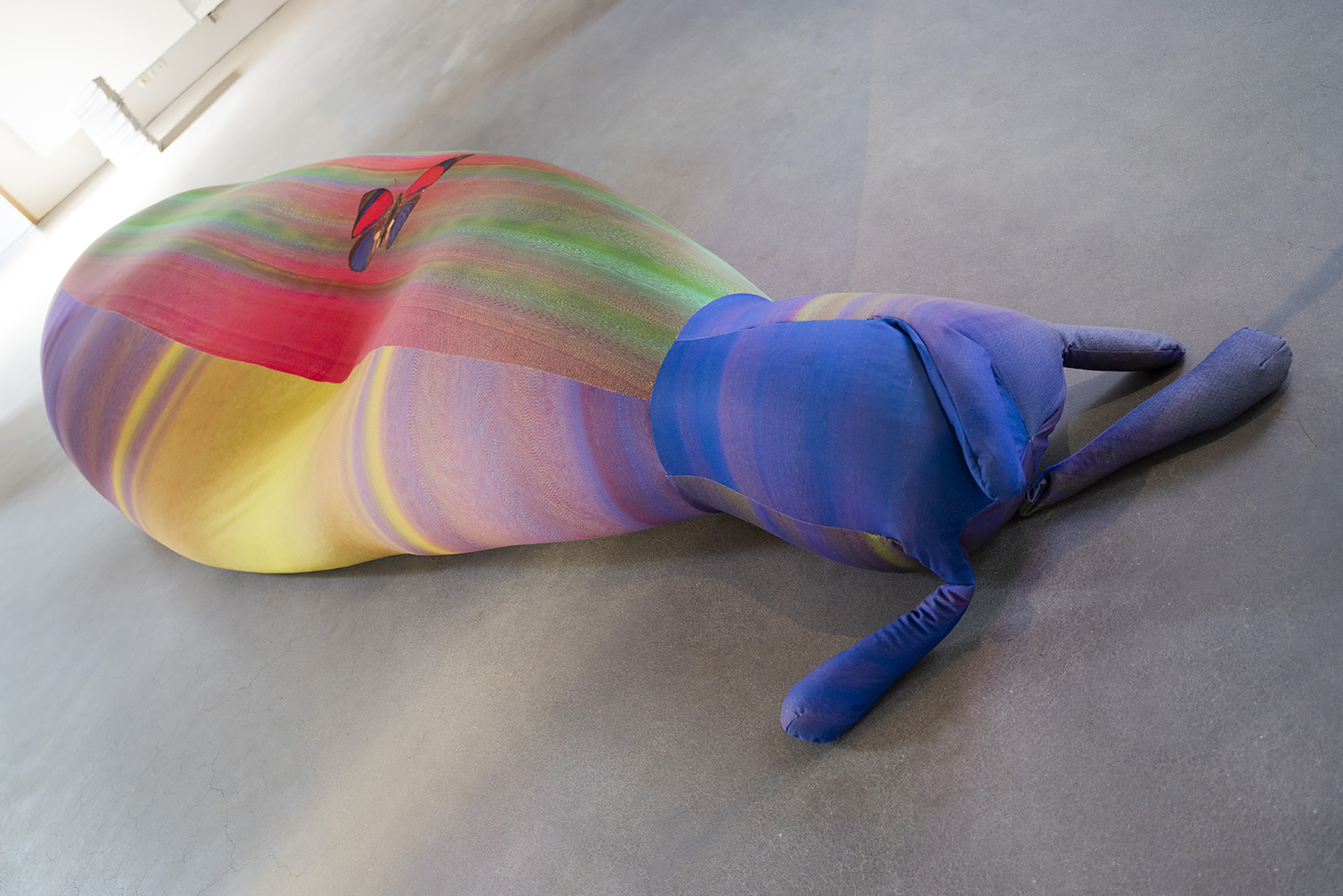 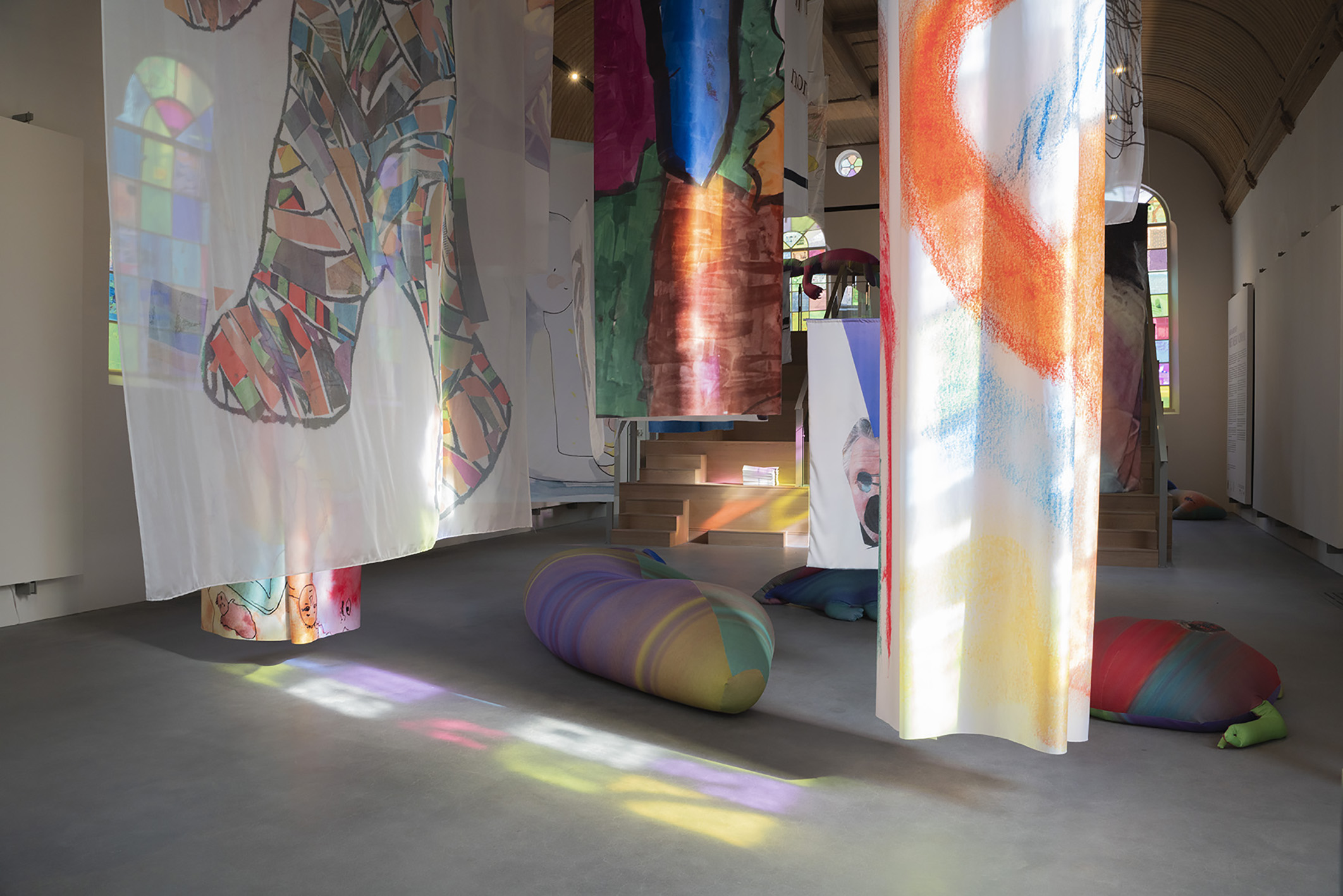 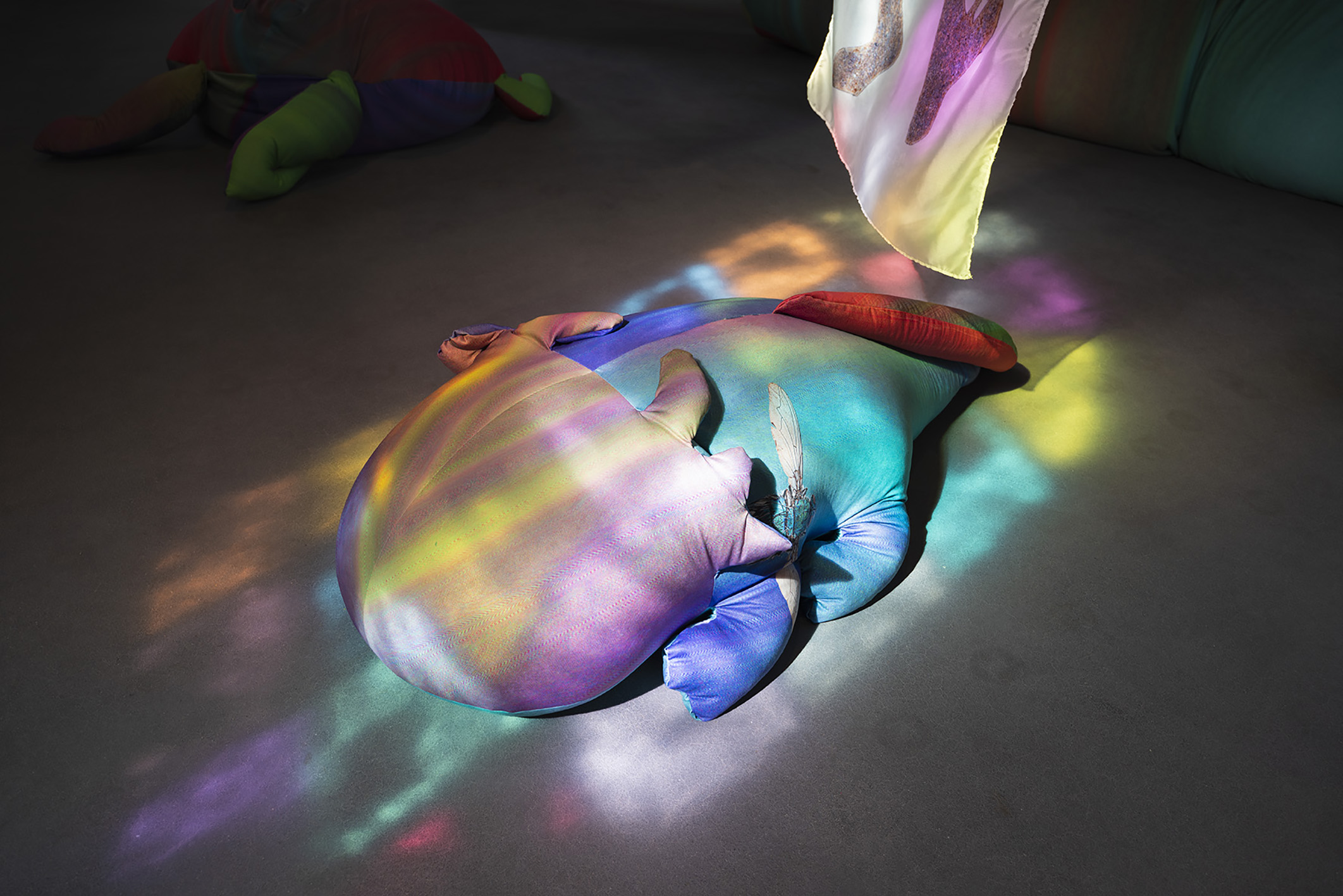 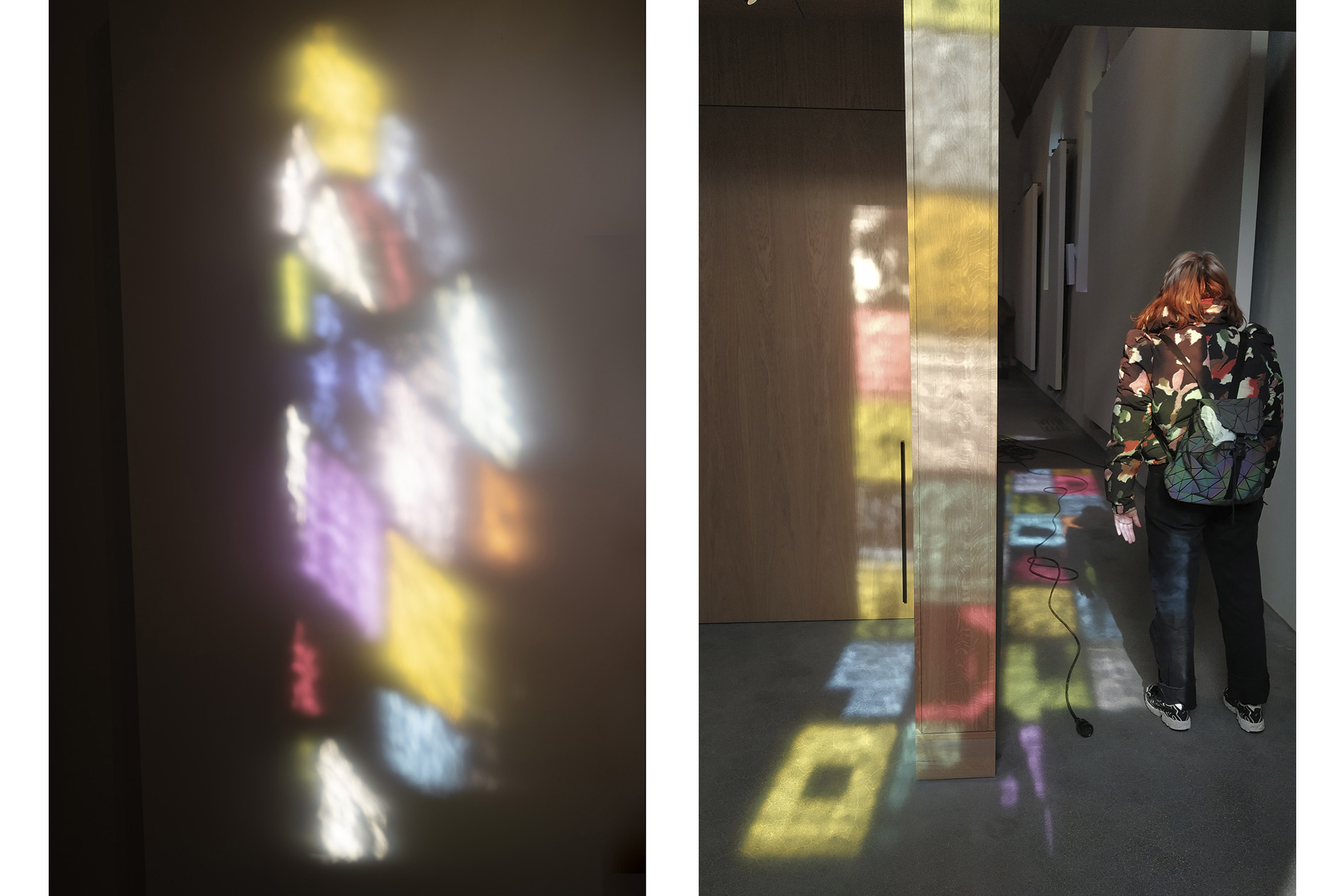 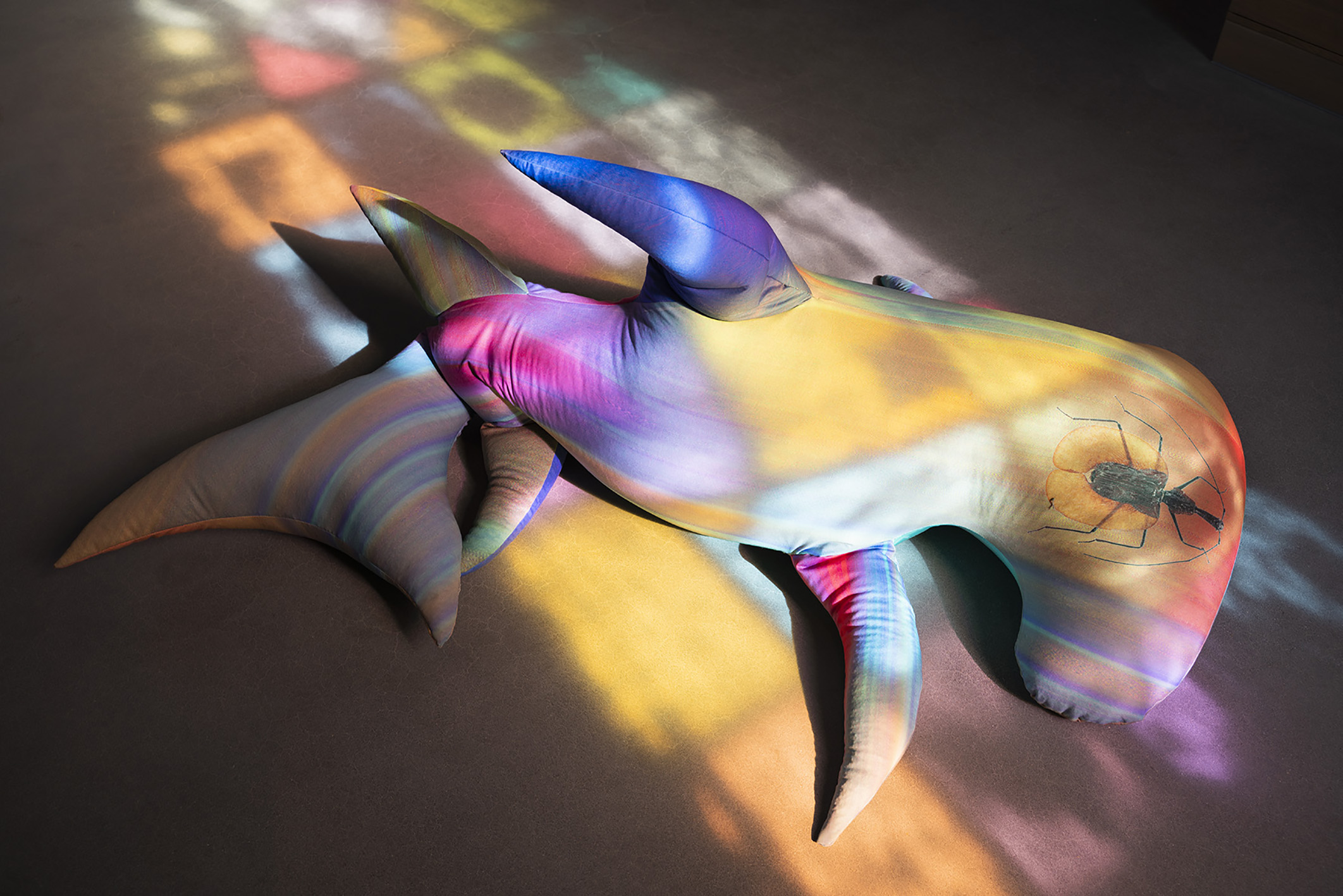 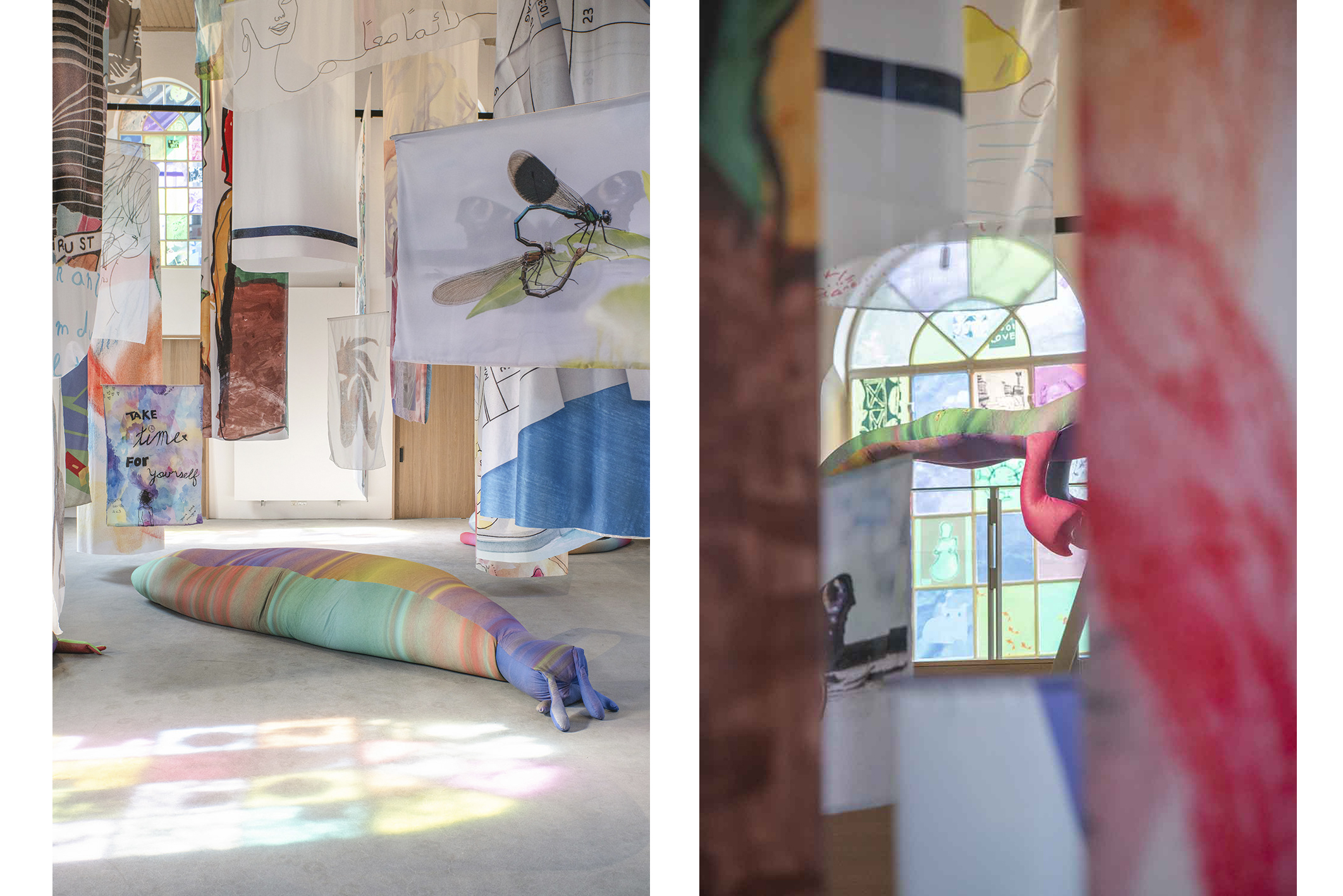 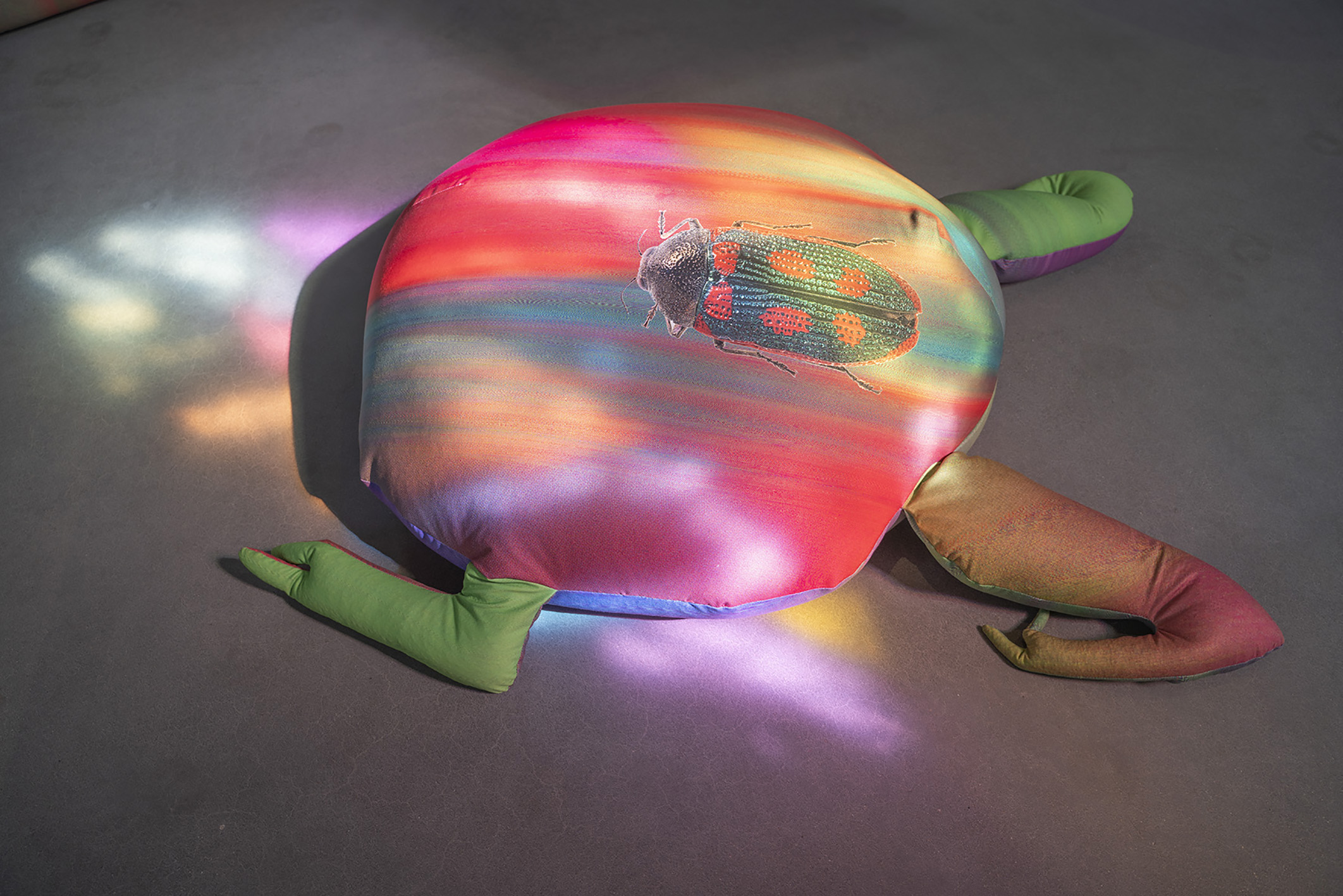 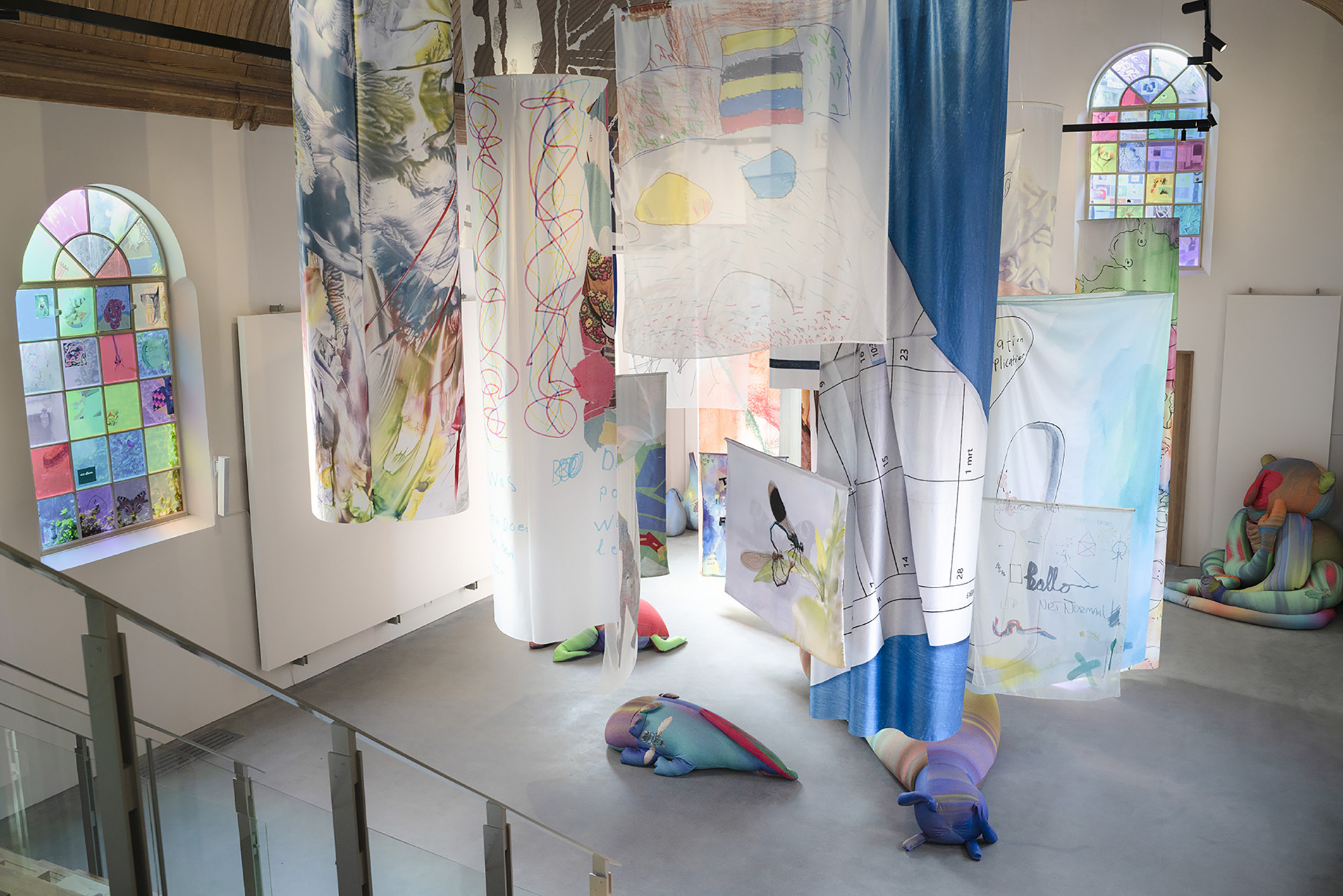 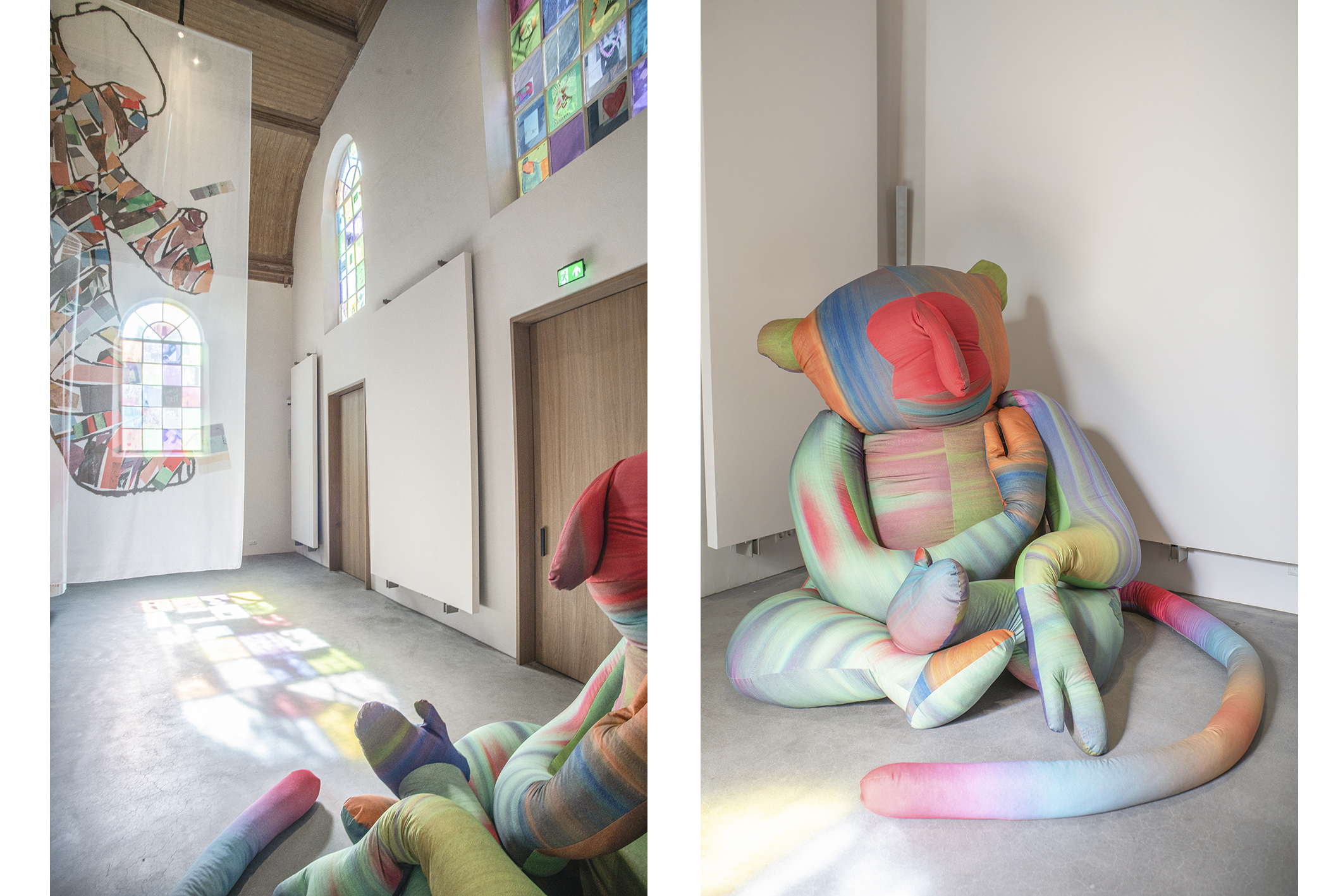 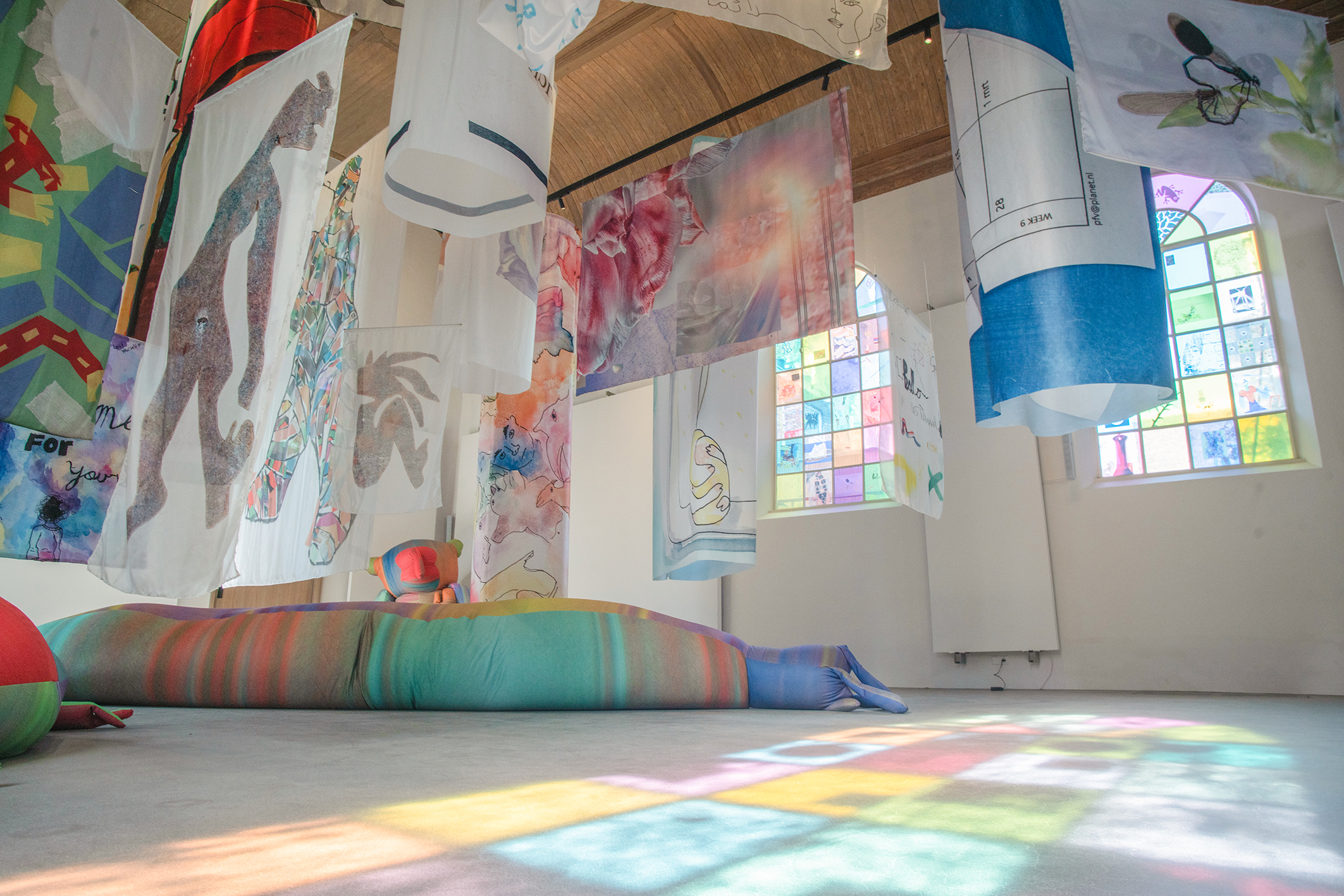 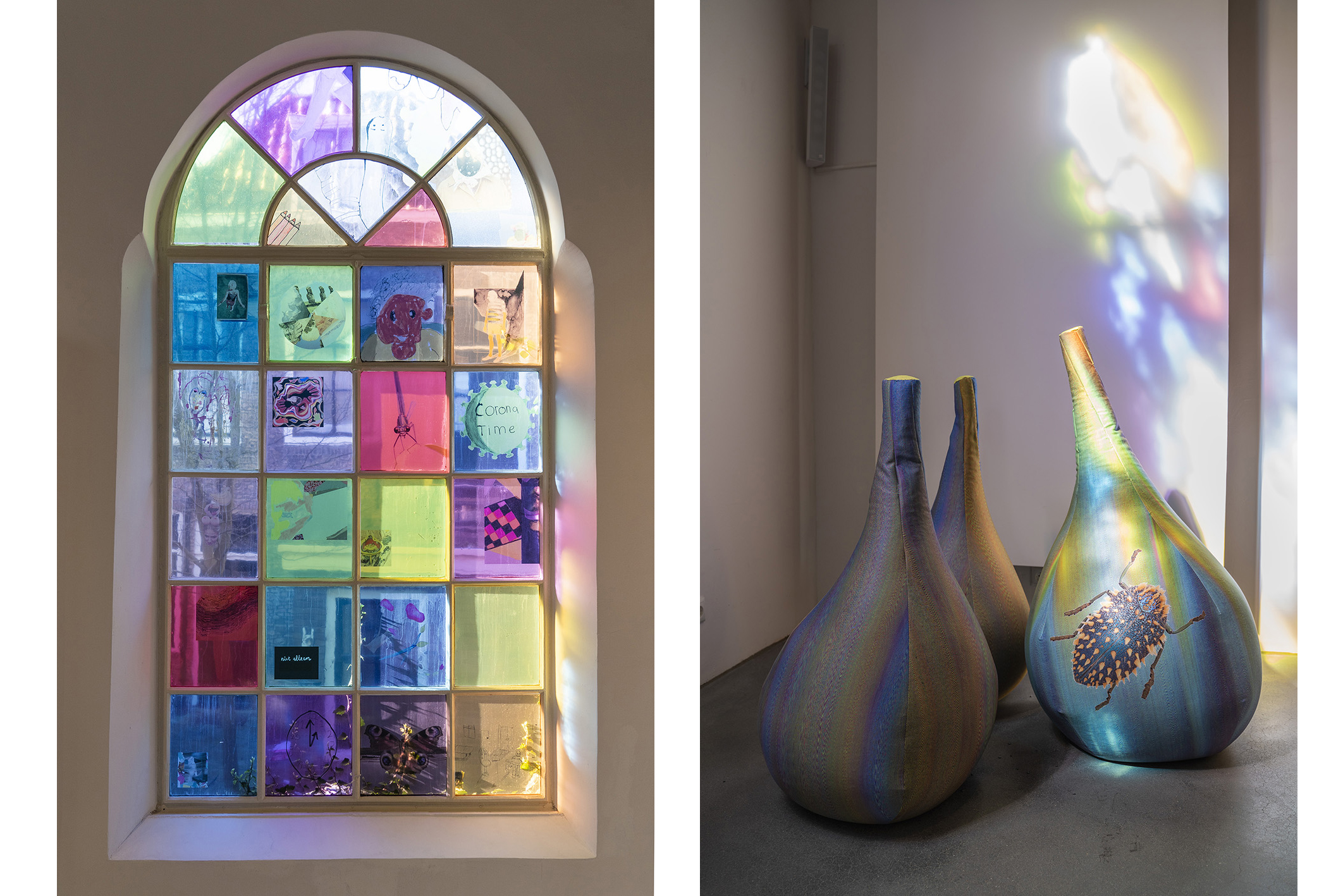 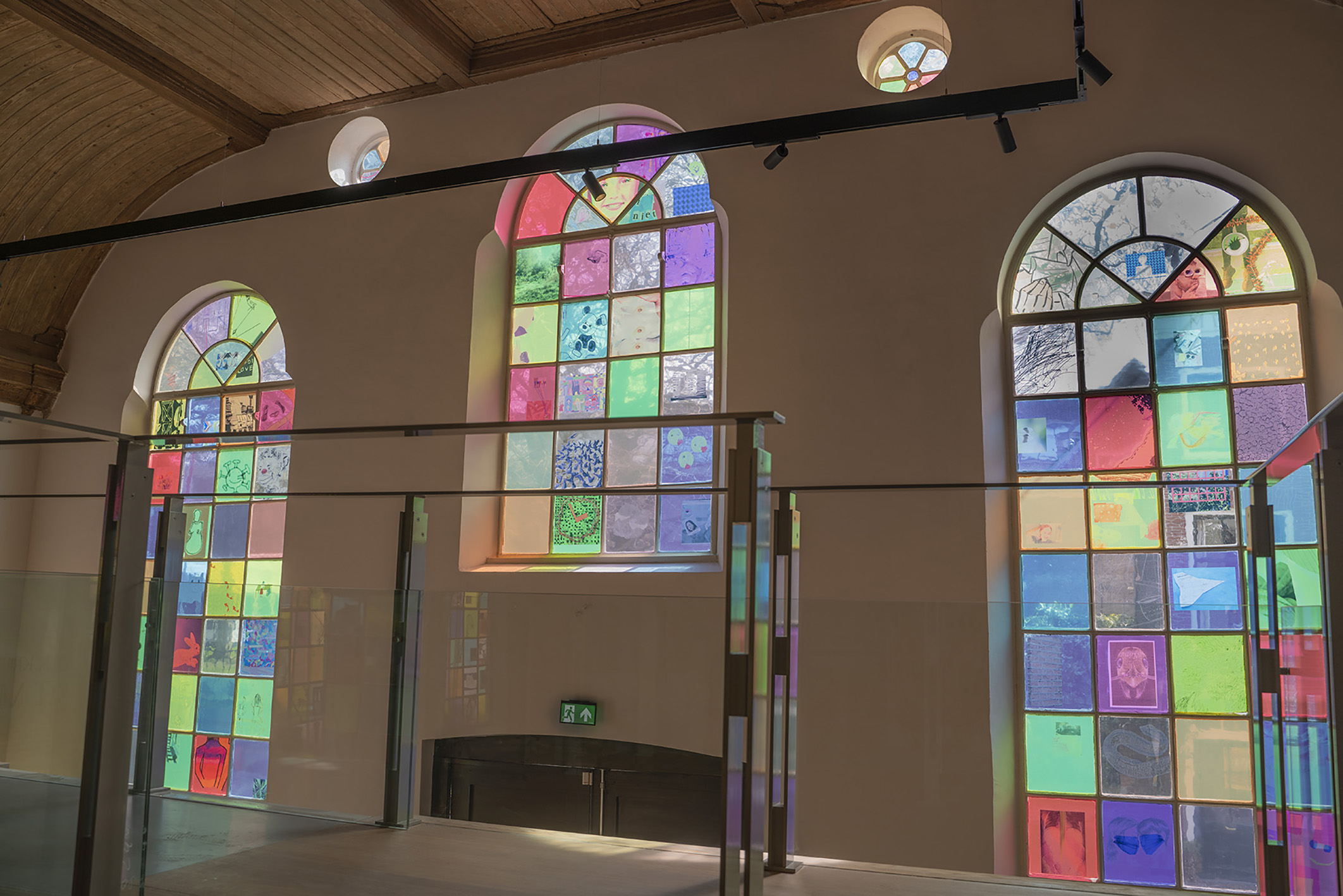 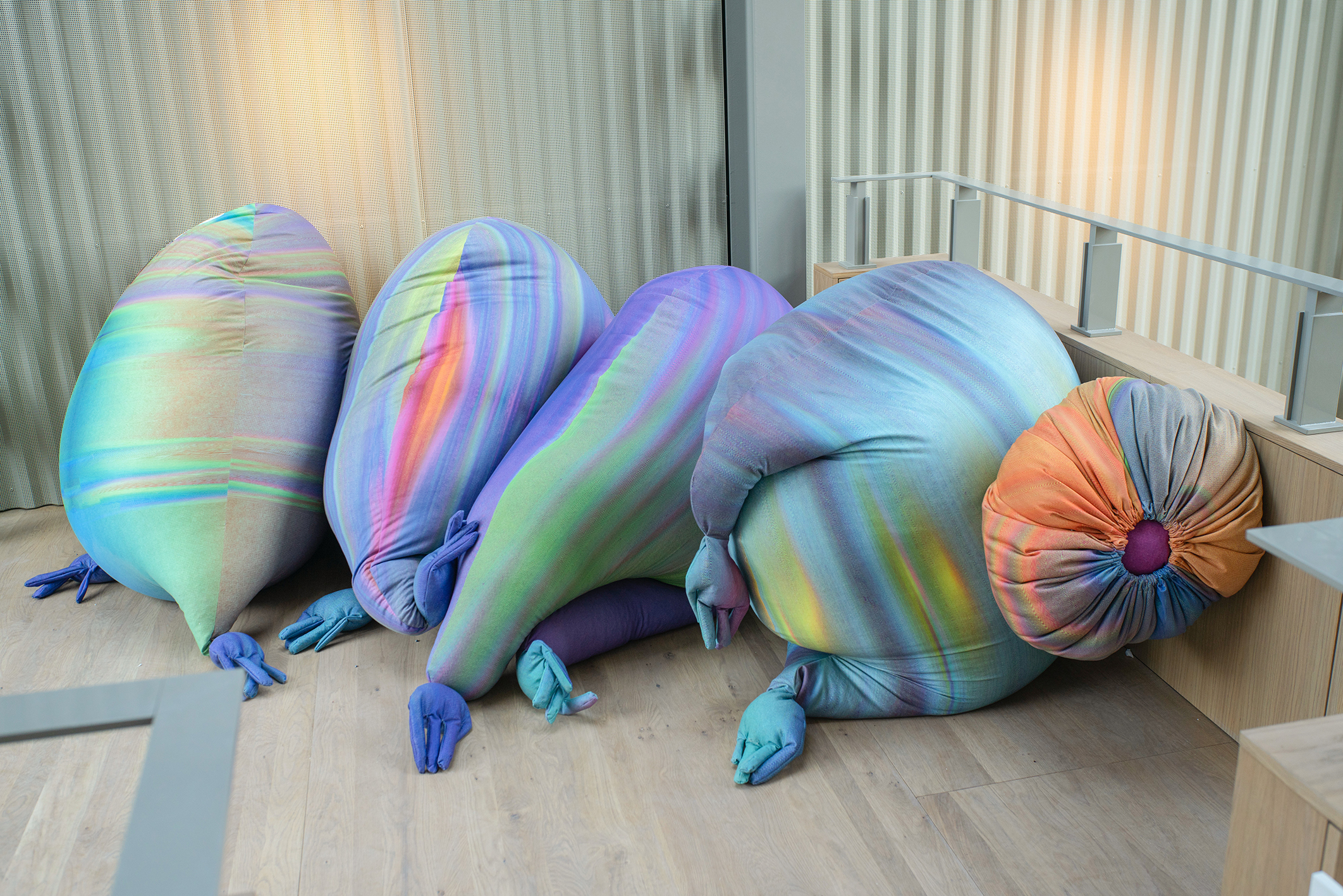 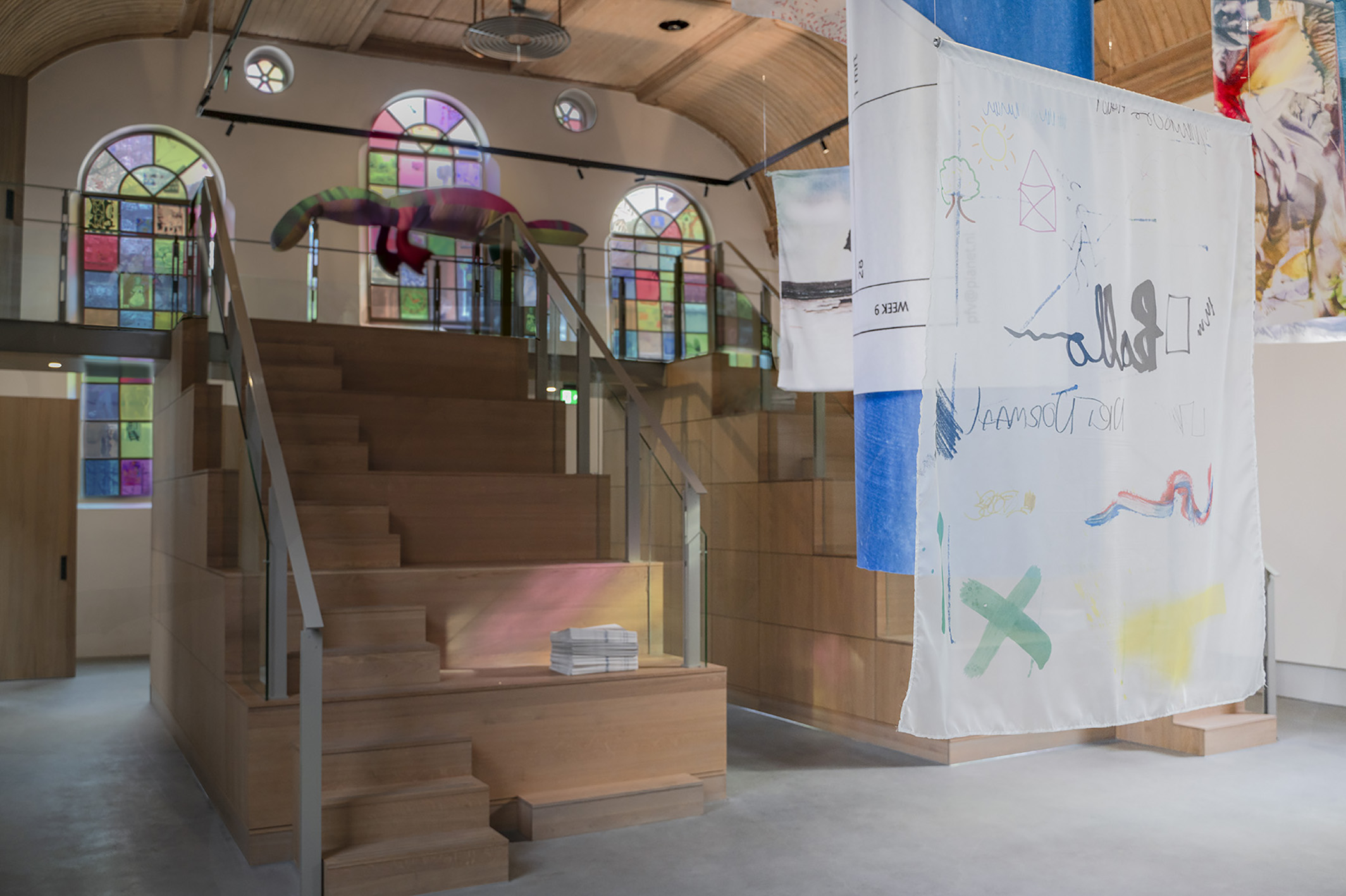 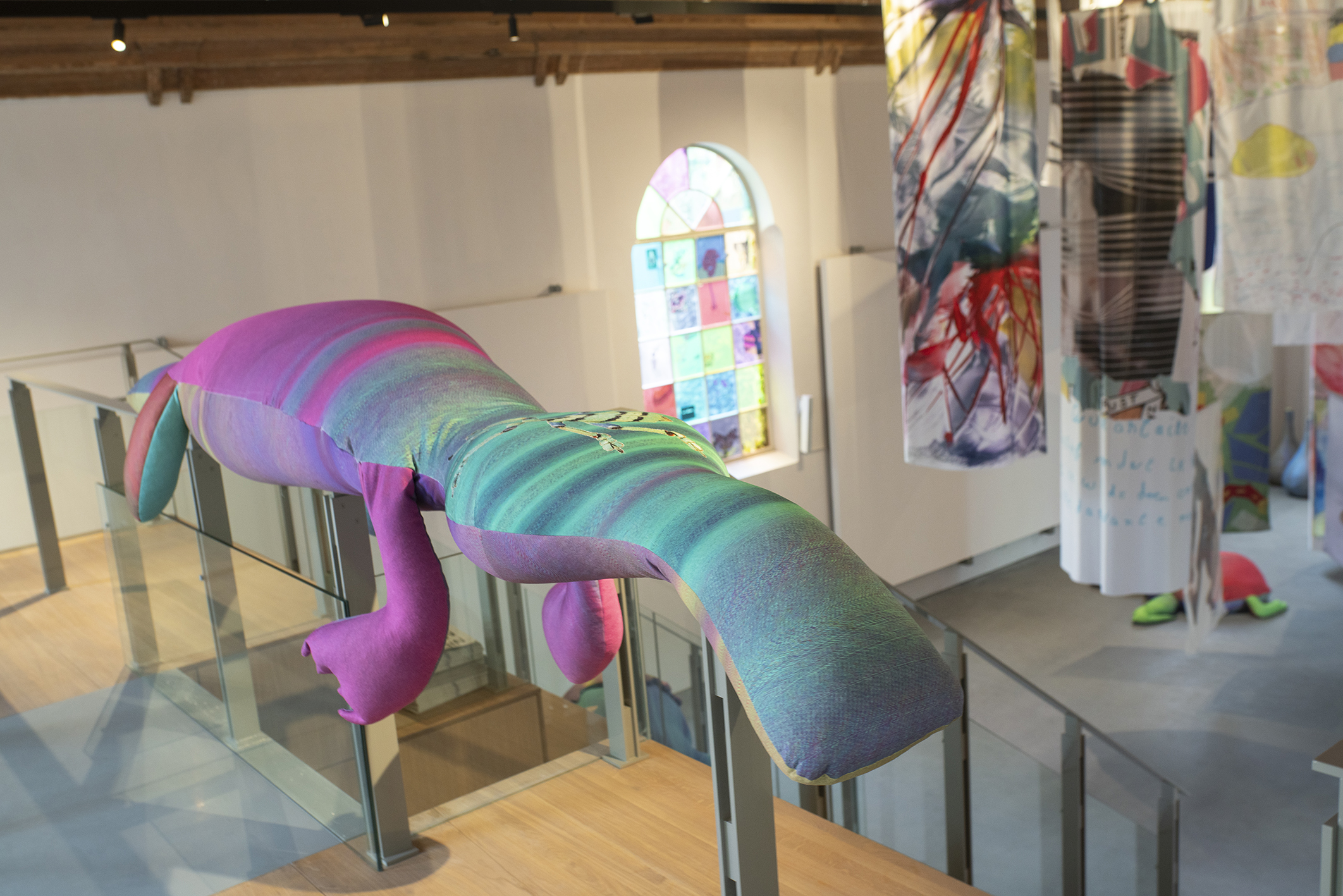 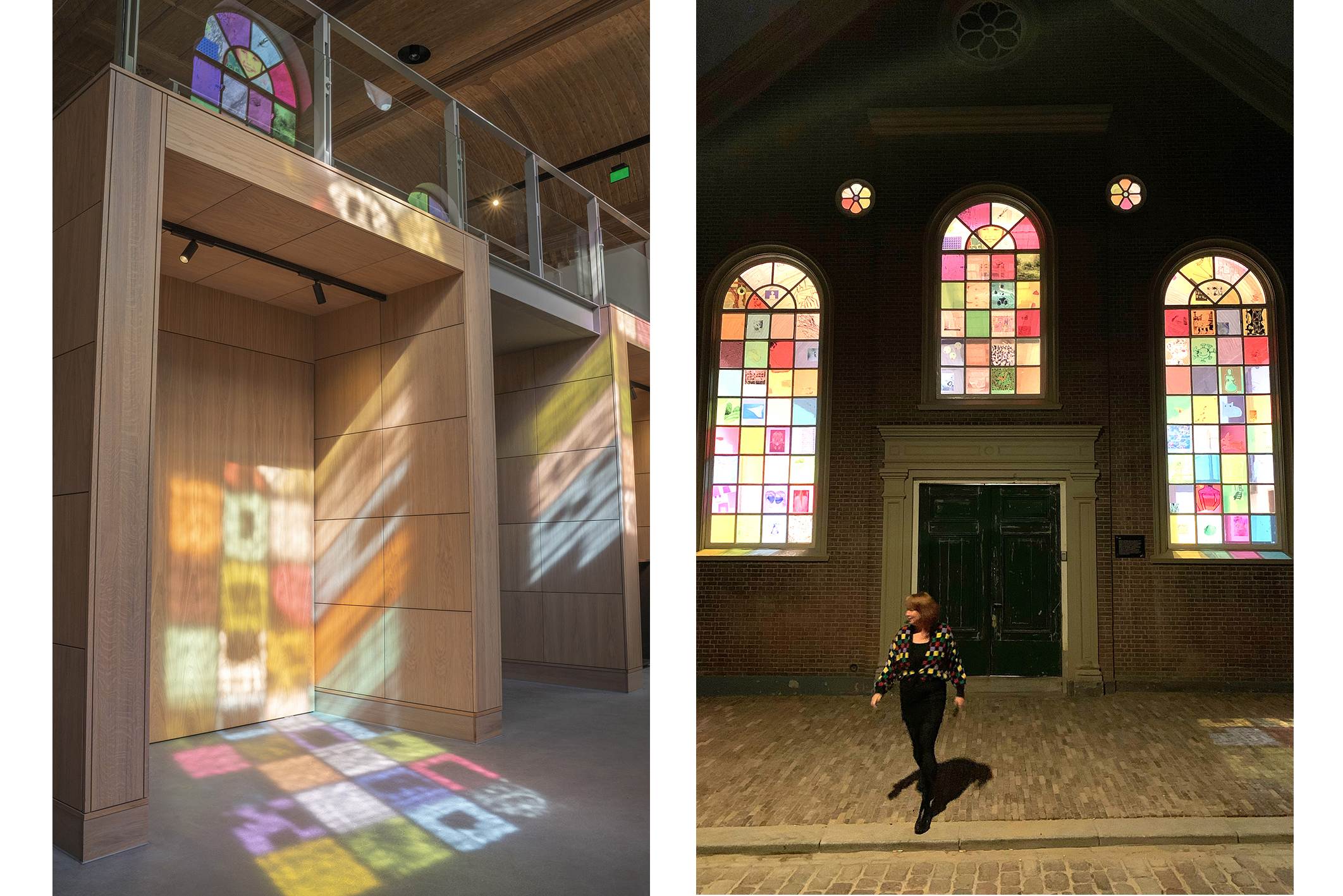 NIET MEER NORMAAL is made possible by the support of
Gemeente Dordrecht, Stichting Beeldende Kunst and Stichting Kunstkerk